Day & Zimmermann’s Government Services Group and SOC is an integrated provider of mission support solutions to the U.S. Government and commercial clients. Whether the workforce is designing facilities, or operating and maintaining safe locations and assets, the Group’s combined services support the national security mission in the U.S. and abroad. SOC stands as a trusted and strategic partner to customers including, the U.S. Departments of State, Energy, Defense, and Intelligence Community, and additional federal agencies, providing and helping create safe and secure environments in which they can perform their best work. SOC continues to expand its global presence under his leadership while living out its values of safety, integrity, diversity, and success.

Mr. Selfridge is known for building and leading high-performance multinational teams and uniting parties on a common mission and goals. As a dynamic international executive with a 40-year history of establishing and growing multi-million dollar businesses, he has demonstrated success in increasing profits and market share, having worked across six continents in highly competitive global industries.

His career includes his role as Vice President of Corporate Development at Day & Zimmermann, a family-owned company whose 42,000 employees specialize in construction & engineering, staffing and defense solutions for leading corporations and governments around the world. In this role, he was responsible for Strategy and Merger and Acquisitions. Operating from more than 150 worldwide locations with 2.4 Billion USD in revenue, Day & Zimmermann consistently ranks as one of the largest private companies in the U.S. by Forbes.

Starting his career as a CPA at KPMG, he then moved on to provide Chief Financial Officer leadership to an architectural and engineering (A/E) firm which was sold to Tetra Tech (TTEK). As the former Chief Operating Officer of retail security provider Checkpoint Systems, Inc, Mr. Selfridge helped to grow the company from $35 Million to $360 Million through a number of public financings and acquisitions. Under his leadership as Chief Executive Officer of Acsis Inc, a logistics software company, he led the company’s more than 500 percent growth.

As an established leader with operations supporting national security interests in high-threat environments, he is a member of the International Stability Operations Association (ISOA), the Intelligence and National Security Alliance (INSA), and the Executive Mosaic Leadership Program in the Greater Washington Metropolitan area. He was featured in South Jersey Magazine as one of the leading Outstanding Entrepreneurs of the Year (2015) and was the former Chair of the Foundation Board of Lourdes Hospital in Camden, New Jersey. Mr. Selfridge received his Bachelor of Arts in Accounting from Rutgers University in Camden, New Jersey, where he serves on the Leadership Council of Rutgers School of Business.

Billy Conner joined SOC in 2007 and currently serves as Senior Vice President of Integrated Security Solutions. As a results-driven leader, Mr. Conner continues to reinforce SOC’s core values of safety and integrity, which has contributed to some of SOC’s most successful programs. Mr. Conner has supported programs within the United States Departments of Defense and State, as well as other federal agencies. Mr. Conner currently provides direct oversight and management for SOC’s performance on the two largest U.S. government security contracts.

Over the past 18 years, Mr. Conner has served in a variety of operational and leadership positions. Prior to joining SOC, Mr. Conner was the Senior Security Program Manager in the High Threat Protection Division of the U.S Department of State. As Program Manager, Mr. Conner provided direct oversight and management of the Worldwide Personal Protective Services II program, in which he had operational and budget responsibilities in excess of $600M.  He has also served as a Director of Security and Training Operations, Close Protection Division Chief and as a SWAT Officer during his career.

Mr. Conner holds a Bachelor of Arts in Social and Criminal Justice with a specialization in security management and strategic intelligence. 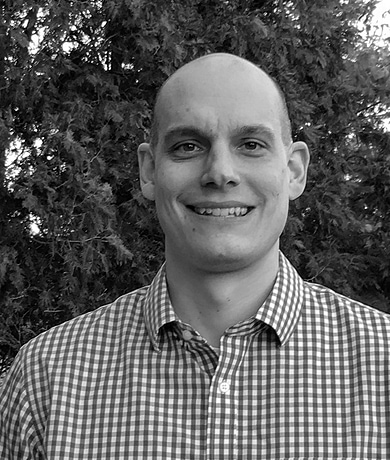 The group brings more than a century of successful Operations & Maintenance (O&M) solutions experience to our customers here at home and around the world. With robust capabilities in the areas of Facility and Installation Operations and Maintenance; Maintenance Repair and Overhaul (MRO); Management of Arms, Ammunition and Explosives (AA&E), Demilitarization Operations; and Training and Logistics, the group custom designs its solutions to address each project's unique needs, including those in high-risk and secure environments. Whether it’s operating, maintaining and repairing an existing facility, or modifying and maintaining a Government aircraft, the group tailors its solutions to meet individual customer needs.

As a results-driven leader, Mr. Miller brings a substantial and broad range of operational, financial, business management, and leadership experience to the company. Prior to his current role, he held a number of key strategy and investment banking leadership positions with a focus on capital markets, strategic planning, and mergers and acquisitions. He advised on a number of high profile transactions in the industry, one of which was recognized by Washington Technology as a Big Impact Deal of the year. His experience also includes management of the operation and maintenance of the world’s largest ammunition storage depot.

Throughout his career, Mr. Miller has supported programs with the United States Departments of Defense, State, Energy, Homeland Security as well as other mission critical federal agencies in a broad range of service offerings both domestically and internationally.

Mr. Miller earned dual Bachelor of Science degrees in both Finance and Accounting from Georgetown University. He remains engaged with the University as an Interviewer for Georgetown’s Undergraduate Admissions Program. He was also a licensed General Securities Representative (Series 7 and 63). He is a member of the company’s Innovation Council and has served as Chairman of the company’s Nevada Pension Plan Board of Trustees. 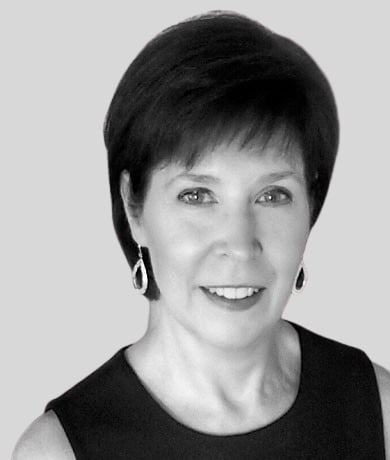 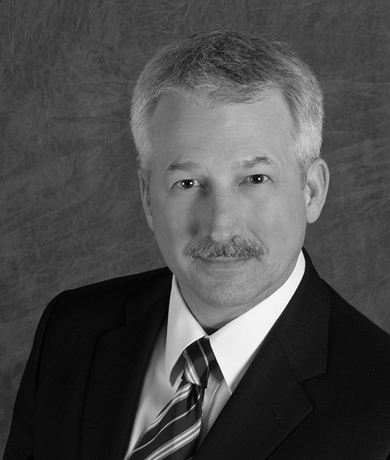 Tiefenbrunn brings more than 20 years of experience delivering rapid growth and measurable, sustainable multimillion-dollar outcomes within information technology, operations & maintenance, defense, and other industries. In addition, he served our country with 20 years of service in the U.S. Army providing intelligence support to special missions around the world. He is certified as a Project Management Professional (PMP®) and has a Master of Science in Management with a Bachelor of Science in Management of Information Systems.

Tiefenbrunn’s team works collaboratively to ensure mission success and supports the ongoing company mission to be the most agile and trusted provider of mission support solutions to government customers operating in complex environments. In addition to working across Day & Zimmermann’s Government Services division, his team leverages the expansive talent and expertise from the family of companies within Day & Zimmermann. 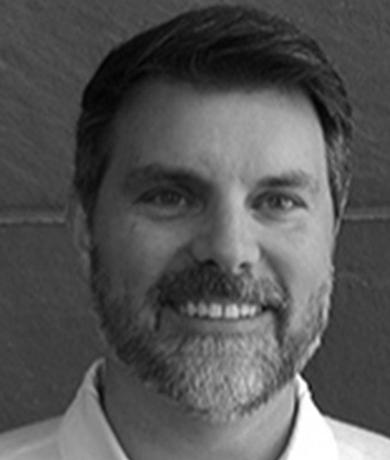 Tell us about what you do for SOC.

I work in a group called Federal Services. We’re a staffing organization, traditional staffing in the sense that clients need contractors, they need support. Our focus is cleared staffing, anything from Department of Defense, to Department of Energy, to Public Trust, anything like that. As account manager, I manage the relationship between my clients and SOC, and we have crews on the team that support and fill the positions. My job is to just make sure that everything goes smoothly, the client’s happy, find new business – all of it.

I like the excitement of opening the doors to a new client, delivering for the client, developing a partnership geared towards future growth for the client and SOC, and providing the Federal Services recruiters with awesome clients and jobs to recruit on.

What is the culture like in the area that you support?

Account Managers are driven, organized, focused, and very competitive. We all want to be as successful as possible, but we also want our team members to succeed. We all must do very well individually or we all will struggle as a team to get Federal Services to our desired goals. We have lots of fun and camaraderie on our team.

I love that with every new job we get to fill comes a new and different challenge. You are never doing the same thing from one day to the next.

We are mainly focused on candidates with clearances.  I am looking for people who are interested in a job change, whether it be now or in the future.

It is very fast paced and competitive, because the candidate pool is much smaller with the clearance requirements.

What I love most about being a recruiter is getting to talk to different types of people every day. It’s never a dull moment talking to candidates and getting to know them. It’s a great feeling when one of my candidates get a position they’ve been vying for. The gratitude I feel to be able to help another person get a new role—to start a new chapter—is endless. It’s amazing being able to have such an impact on another person’s life and livelihood.

I support recruiting in many different areas of the Government Services Division. This includes candidates with experience in Architecture & Engineering, CONUS Physical Security, Cyber Security, as well as various Operations and Craft roles.

Across all of the areas I recruit in, the culture is very open and friendly. We are veteran friendly across the board and lucky enough to have so many mission-driven employees!

I love working with Canine Handlers and helping protect United States interests around the world. In my work, I have an opportunity to change a dog handler’s life by showing them different available career options. Knowing that I've helped change someone’s life for the better is an amazing feeling, and the satisfaction I get from this doesn’t get much better.

First, a candidate needs to meet the basic requirements of having at least two years of military or law enforcement canine experience. Then, I look for candidates who are confident in what they know about working with their dogs while still having the humility to be able to learn from other handlers and trainers.

We have two types of employees ­– the two ones and the four legged ones. The trainers take the time to get each canine team ready for their deployments. We take this seriously, because we know the importance of exceeding our clients’ needs and protecting American interests abroad. SOC Canine Solutions team is not just a group of co-workers but friends for a lifetime.