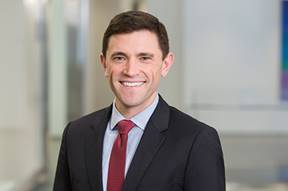 In his role David is responsible for the legal, contracts, and compliance advice and support provided to Government Services (Mason & Hanger and SOC). Before joining Day & Zimmermann, David was a member of the Squire Patton Boggs International Dispute Resolution Practice. David represented and advised governmental entities on a broad range of issues, including multifaceted matters requiring analysis of the international law of treaties, diplomatic immunity, and state responsibility.

David also served as a Judge Advocate in the United States Army. During his military service, he gained valuable experience in the areas of operational law, prosecution, administrative law and ethics. While deployed to Afghanistan, David served as an Operational Law Attorney and as the Rule of Law adviser for the Afghan National Police’s 202nd Zone, providing counsel in the areas of human rights, prosecution and counter-narcotics.

David is a Captain in the Virginia Army National Guard. He received his Bachelor of Arts Degree from Cornell University, a Juris Doctorate from Washington and Lee University, and holds a Master’s in Education from George Mason University. Prior to his career in law, David taught high school and 6th grade mathematics in Washington D.C., serving his first two years as a Teach for America corps member.

January 21, 2021 SOC Joins as a Ready Responder in Florida’s Emergency Supplier Network SOC has proudly become a member of the Florida Emergency Supplier Network (FESN). As a mission-focused company, SOC stands ready to support the …
September 30, 2020 SOC has Launched a New Interactive Website We are proud to announce the launch of our new SOC website. Our vision for the improved website is to provide a new and modern layout with an …