I am pleased to announce that SOC at Nevada National Security Site (NNSS) received the Department of Energy Voluntary Protection Program (DOE-VPP) Star of Excellence during the DOE-VPP Pre-conference held in Washington, DC, on August 22, 2022.

Each year during the DOE-VPP Pre-conference, at the Annual National Voluntary Protection Program Participants Association (VPPPA) Conference, DOE presents awards to those sites that demonstrate the effective use of challenging goals, as well as significant mentoring and community outreach efforts, the award level is determined as follows: 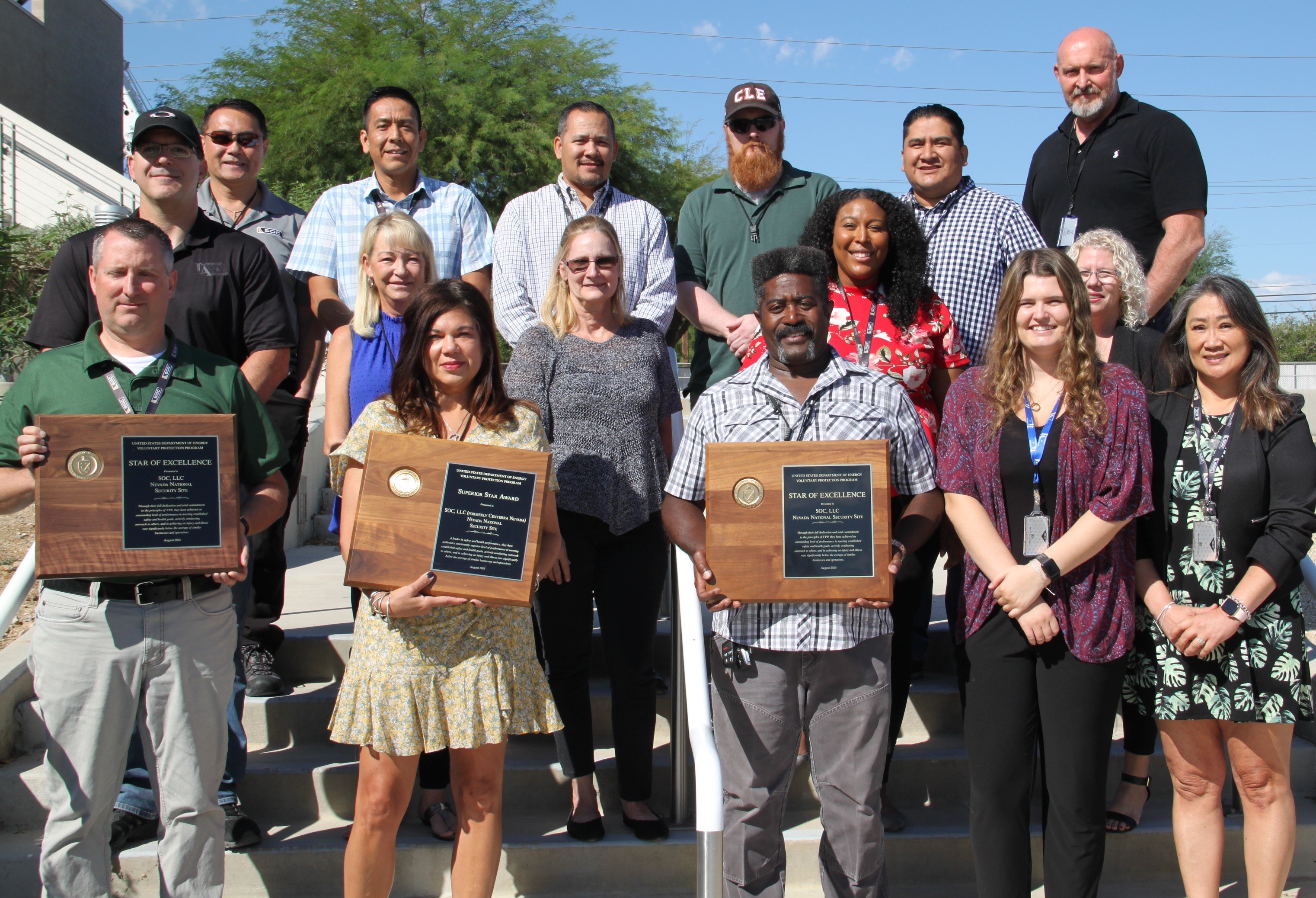 The Star of Excellence Award was received because our injury rate for the reporting year (CY2021) was 86% below the North American Industry Classification System (NAICS) code 92212 for Police Protection.  Although our contract NAICS is 561612 for Security Guards and Patrol Services, DOE-VPP has recognized NAICS 92212 (Police Protection) as more appropriate of our duties.

When injuries occur, we bring together a team of employees that determine effective ways to mitigate or minimize the injury that results from a specific task. We believe this is a key factor in reducing the potential for future injuries to other employees.  Furthermore, we live by the motto “Safety is Everyone’s Responsibility”.